i have perhaps reverted back to the state of things long before i knew that Anosmia wasnt forgetting things when you hit your head.  That place where i spent more than 30 years as an organism that could faithfully interpret information from the nose & the mouth.  Its an easy place to fall back into.  Its precisely where smell & taste work their magic: where you dont notice them until they’re absent.

A month & change post-op.  5 weekly appointments with Dr Rust.  Each less grizzly then the last.  Each with me leaving having heard that i am healing beautifully, that he could park a car up there, and that no, i cannot resume swimming laps.  Regardless of how well i am healing, its too early to speculate let alone start asking questions about my sense of smell or the return of the bastard polyps.

I did have a touch of an infection up there 3 weeks ago, which Dr Rust said was not only mild, but totally expected in the weeks & months following such surgery.  So after a quick taper of Prednisone & 14+ days of antibiotics, OF COURSE i can smell & taste.  That always happens when i shove those two drugs up me.  So its double-down tentative to take stock in how well i can smell these past few weeks.  For inside of 1-2 more weeks, i could be back to 10%.  So day by day.  I’m enjoying what i can while i can.  Changing a diaper when i squeal in delight cause i can smell it from across the room.  Dragging 2-fingers under my nose after pumping gas.  And being San Francisco, smelling delightfully kind weed being smoked quite near-by on my walk to the ferry in the afternoons.

Pretty much, for the past 2-3 weeks, everything smells & tastes like they did on this day.

Per doctors orders, i’ve continued the nasal rinses.  But they’re horribly disappointing just now, arent they?  No more debris. No more clottia. Just the same damned saltwater i’ve just mixed & squirted up there.  On an interesting note however, is how much of that rinse gets up into the difficult sinuses it never reached before.  After each bottle, after i stop dripping then blow, i can get a full 1/2-ounce more simply by bending over for 10 seconds so the cavities can drain.  I then can smile at people for the next 30 minutes as fast-dropping dribbles can unexpectedly evacuate my new nose.

Of all the things the past 5 weeks have given me, i would say the best has been the mornings.  Once i would wake up and not know which direction my nose would go that day.  If it started compacted, i was doomed to that fate all day.  If it was oddly clogged, i might have a chance of breathing well from at least one of the pipes.  Either way, mornings sounded like audio feeds from a rendering plant, with matching discharges into the shower or 12+ kleenex blows before i left the house.  i now wake up with both barrels bored-out and free of matter.  Which isnt to say that the shape or architecture of my sinuses are in a fixed position.  Because from one morning to the next, the air-flow is simply different up there.  Its either going to be something i can feel or something i can hear.  But either way, its clear and mostly dry.  Which is a dream.

I have moved from 1x weekly appointments with Dr Rust to every other week, with my next on Tuesday 5/19, 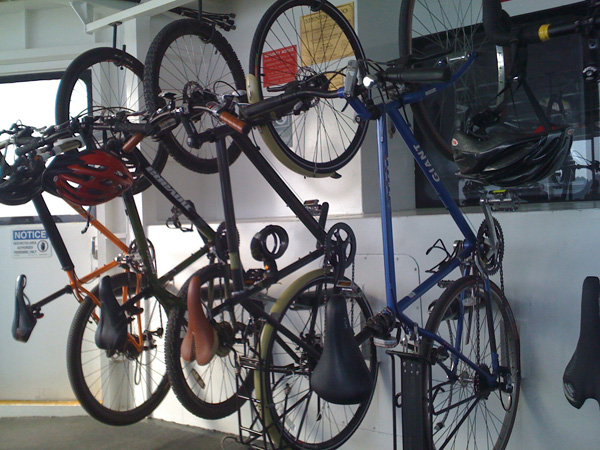