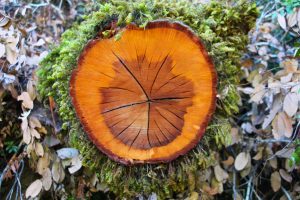 4:55pm Saturday
Awake at 5:30, on the road by 7:00, Ukiah by 8:45, camp by 11:00. If you would have told me those were my milestones for today, I’d have slept longer. Once again, we are damn near by ourselves here. Only 2 other sites occupied, and we can neither see nor hear them. But we’ve met them, at the swimming hole. We took two trips there today.

When we arrived, it was LEGO building time. A long tradition between Jude and I. He sits patiently for the X hour drive with a fresh unopened LEGO box on his lap. Only when we get to the campsite is he allowed to tear into it. He builds LEGO while I build our campsite. Well, this time we had 4, and 2 of them were mine. So there we were, 2 boys snapping together precision plastic parts, drinking our drinks, snacking on prosciutto and cheese-it’s, listening to Andrew Bayer.

We took a walk about to the watering hole and to charge the Luci lights. We hid them out in the middle of a meadow in full sun. We just have to remember to fetch them on the walk back. No sooner had Jude eyeballed the swimming hole than he suggested we head back, get some lunch and get our suits on. So we had a short walk about.

Followed by a mean game of battleship. He insisted we play a game of battleship before we went swimming. It’s odd, but when he was younger, he aged at the campsite and became a little bit more of a man. Now today, when he’s naturally transitioning up into manhood, here at camp in all the nicest ways he seems to regress and act a bit younger than his 12 years.

6:47pm
Good lord the Green Car is sofa king happy right now. For years she’s been relegated to the step child second fiddle commuter car. She’s like Levee. Once the center of attention; the alpha. But then came a spunkier funner cat named Jeep that put in a corner as a punchline. Well ok her eating habits helped do that. But like Levee, The Green Car perhaps thought her best days were behind her; that her road tripping days were over. Certainly never to go camping again. She’s the car that got me & my shit to Black Rock City 4 times, took us to Carp and back dozens of times, I think she’s even been to Phoenix. At 148k miles, she thought she was done. And yet here she is: Under the redwoods, having swallowed everything we stuffed into her, engine purring the whole way, getting great mileage, with not so much as a hiccup. Yea, I personify my cars. So what? Just realized she and Jude are the same age. The Green Car might be going thru puberty soon.

7:17pm
The host here at this campsite, she looks like Jeffery Tambor. And I don’t mean a lady-fied Jeffrey Tambor in Transparent. I’m talking the Tambor bloodline is strong and this woman is his 1st cousin. I can’t look at her too long without busting out a HEY NOWWW! That is all.

7:48pm
There are a variety of phrases that if heard whilst camping, you’re either in good experienced hands, or up shits creek.
“Oh I can easily get those coals started right back up in the morning”
“There should be toilet paper already in there”
“This will totally be enough wood to last us”
“We’ll be fine, there’s no way raccoons can get the lid of that cooler open”
“Flavorer almond milk is totally just as good as the chemically Coffee Mate stuff”
“I would like to get home Sunday before sundown”

8:22pm
We dined on pineapple hotdogs and 2 different kinds of beans. Everything came together when the fire goes up smoothly. I know it’s cheating to use those wee fire starter logs. I do. But dammit if a whole segment of the evening isn’t taken up by tenting & tending kindling, tearing & rolling up the cardboard wood box, then washing the soot from your hands, I’m ok. Fire & forget.

Looks like Jude got tired early. He was in he tent in his bag all quiet and having a council with the LEGO guys. It was only dinner that got him out. Maybe it was the (sudden) onset of dusk here in this redwood valley. Again, he’s a little kid today. I’m sure a darkened headphoned screening of Mad Max will put some hair on his chest.

9:18am
Fire starter is the bomb. You can take that Eagle Scout badge and shove it up your juxie. Or start YOUR morning fire with it. Instead, I’m having Jude light the bag here and here and moving on to coffee, thankyouverymuch.
Pop tarts over a camp grill is something every school aged child should (a) watch their hungover father prepare and (b) try at least once in their lives. Once, ha.

Mad Max went over quite well last night. He was incredibly focused on the whole, pausing every so often to ask questions about Millers dystopian universe, me having to go back in time to discuss the 1979 Mad Max to explain Hardy’s Max’s flashbacks and hallucinations. I think those are about the most salient connection the current Max has with the previous movies: his wife & child from the 1st movie. Also the wind-up music box from Road Warrior. There may be more.

He seemed to get and perhaps appreciate MY pausing every so often to point out the use of practical effects over CG. He’s there one that noticed that the fingers on Furiosa’s mechanical arm were twitching in same unison as the fingers on her natural arm. My son, as of tonight, may have a life-long crush on Charleze Theron.

9:51am
The best thing about camping with the Green Car is not having to play a blasted game of Tetris in order to pack the camp up. With the jeep, even with the big cargo box and just 2 people camping, it took a patient hour out of the day to not only get everything in, but to do it in a way so that you could access some subset of it en route. With the Volvo, she just swallows everything on one layer without having so stack. I know the smaller cars are the way to go the closer we get to Max Max style fuel situations, but I am now even more convinced that a family like ours must have as a requirement a vehicle with gobs of cargo space.