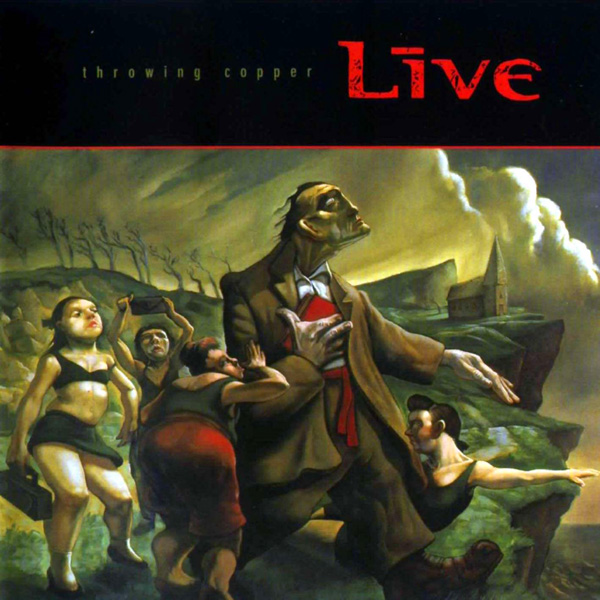 Somehow – between the festivities of the actual graduation ceremonies in the morning, after the pitchers and the families mingling and congratulating at Dirtbags late into the afternoon – between that and the Goldwater-Alexander extended-family dinner that night, i found myself floating face-up in the University Heights pool listening to this CD in its entirety.

The big floor speakers from my poolside apartment were fed through the windows out onto the courtyard blasting sofa king loud i could hear it underwater.  I could easily justify the volume, for literally everyone in the complex was out attending some form of graduation something or other.  And insofar as my dinner plans were concerned – which i almost certainly was pushing late for – i could justify this excessive luxury-time to myself because i was screwed quite high on all the ### i had taken that morning.

I believe my plan was to intentionally scar this day into my memory in the loftiest way i knew how.  The LP had only just come out that week, and i had been singing various chorus’ from LIGHTNING CRASHES all during the ceremony as a talisman to keep me grounded.  I was singing them just loud enough for me to realize myself as a real presence on earth, but clearly loud enough for Anna to ask, then be deluged with whatever passed for verbal explanations of how fucking great i felt at the time.

This was one of the first times in our relationship when i recall feeling complete & total peace with the Truth to her.  About the #### mostly.  For i couldnt possibly have known myself enough then to show her the love & open doors i took a full year later to realize.

Funny how things unfold across the boardgame of life.  For the woman i was sitting next to in both that graduation ceremony, as well as the dinner that evening, would be the woman who would shape me as a man today.

THE ANGEL CLOSES HER EYES

THE CONFUSION SETS IN (my words, fuck you)

THE ANGEL OPENS HER EYES