created: Sometime between 1997 & 1998 for www.seanna.com for a pair of phoenix dead shows that occurred Spring 1990 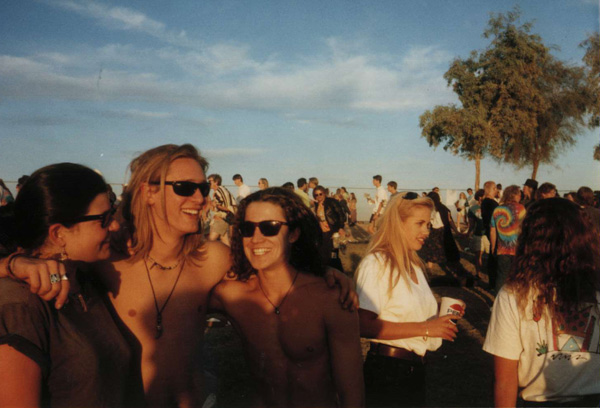 These are from a pair of Saturday/Sunday Dead Shows in the Spring of 90. The venue was Compton Terrace. I always said it was located North of Phoenix, but the tickets said Chandler. These were the Saturday afternoon shows. I arrived on Friday evening to me parents house and met up with Greg A. We were to be receiving a caravan late this night. I had given Jessie S what I considered to be explicitly written, door-to-door instructions on how to get from out the door & thru the yard of Linden House, 129.7 miles North to me parents house. And to be fair, they were accurate. Accurate to a fault. Concentrating on the details over here, I left out a key right turn over there. Sent 2 cars and what may have been 2 pipe-less Japanese bikes careening up into the bowl of Mummy Mountain. Jessie, Josh Z, Brian F, Matt J (plus 2 heads from USC) and Jonny H. Hours they spent up there, all 6 or so trying to make sense out of a phone-number-less direction that was missing a whole 9 syllables. Ever dealt with a Paradise Valley cop? After some clown home-owner de-evolved and started throwing river rocks at freshmen at 3 in the morning?

Meeting up with many Clan at the show, I was impressed at how territorial we all were. First, to have met up with 15+ strong within a crowd of 25 large…

Noel and SeJ came in later in the afternoon. And what I remember about them is that they kept bickering about a nonsensical issue. Noel, growing up in Connect-a-cut, had the experience that is was most certainly IL-legal to slow down on a two-lane freeway (in the fast lane mind you), turn into the median, drive across it, and wherever a window opened, pick the freeway back up in the other direction. Well, one of them forgot some essential staple of their daily routine and had to make a u-turn around Toltek. SeJ, needing to turn around, and ever so clear on the ins-and-outs of the Arizona legal System, campaigns that it is perfectly legal and somehow encouraged to make freeway u-turns. My mind cuts to Sej strongly urging Noel to believe him that she MUST be a fool for not believing him. 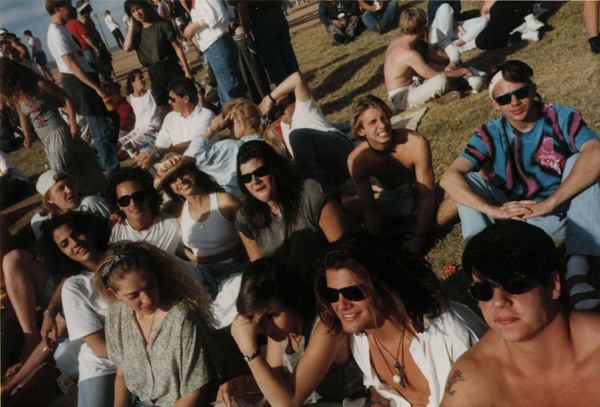 Matt S, Margo M, Lauren ?, …..Then, to have grown a root literally in the same spot for 75% of the day. I rarely have met up with Clansmen at a show. usually just the Jettaload that brought us and maybe a pair or quintet of someone you saw in class just yesterday, but greet like long lost. Shakedown does that. Not to get sappy, but there is a tangible glee when you see someone you know amid all that dusty, smiley chaos. Sure the toxins and their various mixtures aid in this, but there are sober shows that eclipse the foggy ones.

We all managed to cling, and that’s what’s memorable about these photographs. These images, to date, are the clearest snapshots I’ve been able to capture into the emotion. Fairly odd how candids’ and semi-aware photographs capture images that are worthy of staring at. 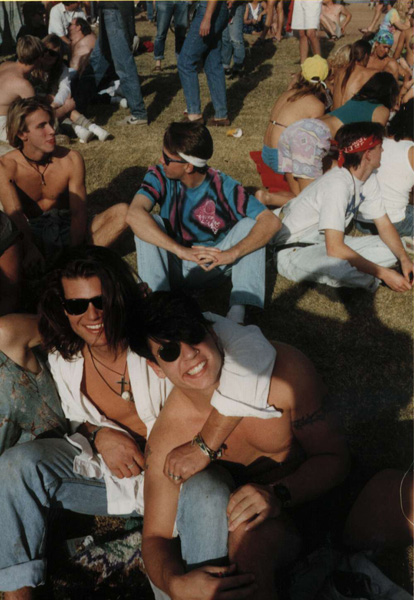 These pictures were taken undoubtedly after the First Set. And if I’m not mistaken, I believe that if you look closely into the eyes, you can distill wee blue unicorns prancing!